Skip to content
CWG medal rush is another step in the right direction after the high of Tokyo Olympics
BIRMINGHAM: After the Tokyo Olympics, where India won an unprecedented seven medals, expectations from the country’s 2022 Commonwealth Games contingent were naturally high.
Traditionally, India wins truckloads of medals at the CWG. Before Birmingham 2022, anticipation of medals was there, but not a deluge.

The absence of shooting, a sport where India dominates at the CWG stage, meant the general perception was that the final medal tally will drop drastically.
Star javelin thrower Neeraj Chopra being ruled out due to a groin injury, just two days before the Opening Ceremony, was a massive dampener. In India, the excitement for the Games had diminished somewhat.
In 2018, India’s tally of 66 medals had 16 from shooting, including seven gold. So many thought it’ll be difficult for India to cross the 50-medal mark at Birmingham 2022.
The Indian contingent to Birmingham had other thoughts though. The shooters, the wrestlers, the paddlers, the boxers, the lifters, the shuttlers, the judokas, the track and field athletes, and not to forget the Lawn Bowls men and women’s team, who raised their game and brought glory to the country, as India finished 2022 CWG with a haul of 61 medals including 22 gold.

The juggernaut started rolling when lifter Sanket Sargar, who comes from Sangli, Maharashtra, clinched silver in the men’s 55kg category. Sargar, in fact, suffered a grave elbow injury during his lifts and was seen on the podium with his right arm in a sling.
India’s first out of its final tally of 22 gold medals coincided with this correspondent landing in Birmingham. Mirabai Chanu, the leader of the Indian lifting pack, lifted a total weight of 201kg as if she was lifting shopping bags.
Inspired by Mirabai and being supported by his “inspiration” from the stands, Jeremy Lalrinnunga got another lifting gold the next day itself. Late in the evening, Achinta Sheuli made sure the golden streak in the weightlifting hall continued.

On August 1, the action shifted to Coventry, a city 48 kilometres from Birmingham. Judoka Shushila Likmabam‘s silver was witnessed in the nick of time after a quick commute on the West Midlands train and a shuttle bus thereafter.
Another judoka, Vijay Kumar Yadav got a bronze immediately after Shushila’s medal ceremony got over. Having seldom covered judo, the terms ‘Ippon’, ‘Waza’ were new but India’s chief judo coach Jiwan Sharma was gracious enough to give a quick masterclass.
August 2 was historic. The day before was a shock for the travelling Indian media contingent. Who knew about the sport Lawn Bowls? Answer: No one. When Lovely Choubey, Pinki Singh, Rupa Rani Tirkey and Nayanmoni Saikia reached the final of the women’s fours team event at the picturesque Royal Leamington Spa’s Victoria Park, there was a mad scramble among journalists to first educate themselves about the rules, regulations, history, previous performances, and then give the information the shape of words. The sport, in essence, represents a long-standing residue of the British Empire, but the ladies from India were nothing short of outstanding. In the final, they registered a come-from-behind win over their much-fancied South African rivals to give India the historic gold.
The lifters continued their good show. Vikas Thakur, after winning silver, and Lovepreet Singh, after his bronze, showed respect to their “favourite singer” Sidhu Moosewala by giving the ‘thigh-five’ – a signature of the now-assassinated Punjabi singer.
The men’s team table tennis gold was fashioned by G Sathiyan and Harmeet Desai. Both players won their respective singles and then combined for the doubles triumph.

In badminton, the mixed team silver wasn’t the medal the shuttlers had etched in their minds. PV Sindhu was visibly unhappy when the gold slipped out of India’s hands. Kidambi Srikanth had tears in his eyes, despite the silver.
Tejaswin Shankar gave India its first medal in athletics, a bronze in high jump. After all the troubles he had to endure before the Games due to numerous “off-the-field” reasons, a bronze was as good as gold. It was also India’s first-ever CWG medal in high jump.
Murali Sreeshankar did one better by clinching a silver in the long jump event. He could’ve won gold, but a fine margin of 1cm eluded him the top spot.
Tulika Maan gave India another silver in judo. The 23-year-old, whose father was murdered when she was two years old and was raised by her mother who is an ASI in Delhi Police now, was inconsolable after losing her final bout.
Medals rained on August 5, 6, 7 and 8. All 12 wrestlers, who flew to Birmingham, won medals at the Games. Ravi Dahiya, Bajrang Punia, Deepak Punia, Vinesh Phogat, Naveen Sihag and Sakshi Malik won gold, while Anshu Malik clinched silver. The five bronze winners were Pooja Gehlot, Pooja Sihag, Deepak Nehra, Divya Kakran and Mohit Grewal.

From the track and field at the Alexander Stadium, Avinash Sable ensured there wasn’t another Kenya 1-2-3 in 3000m steeplechase at the CWG. In a heroic performance, Sable managed to push the eventual gold medallist to the post before winning the silver.
Priyanka Goswami also finished second for a silver in women’s 10000m race walk.
But the cake surely went to triple jumpers Eldhose Paul and Abdulla Aboobacker. The two Malayalis did the 1-2, gold-silver in the event in an unprecedented achievement for Indian athletics.
It was a stroll in the ring for the three gold medallist boxers. Nitu Ghanghas, Amit Panghal and Nikhat Zareen hardly broke a sweat during their march towards the gold. Sagar Ahlawat couldn’t add a fourth boxing gold and settled for silver. Mohammad Hussamuddin, Jaismine Lamboria and Rohit Tokas returned with a bronze each.
TT legend Sharath Kamal‘s stocks grew further as he won three gold and one silver during the Games. This included the men’s singles title after 16 years on the final day.

On August 8, the last day of the Games, the shuttlers had a field day. PV Sindhu got things rolling with a gold in the women’s singles final. Despite playing with a strapping on her left ankle, Sindhu registered a commanding straight-game win in just 48 minutes. Lakshya Sen then gave the country another gold with a digging-deep-in-the-reserves win over his Malaysian opponent. Finally, the men’s doubles pair of Satwiksairaj Rankireddy and Chirag Shetty bagged India’s third badminton gold of the Games.
The silver medals from the women’s cricket team and men’s hockey team – both losing to Australia in the final – were also high points of the Games for India.
So as we bid adieu to the 2022 CWG and wait for the next one four years later in Victoria, Australia, it’s a wrap from Birmingham.

Instagram down for thousands of users – Times of India 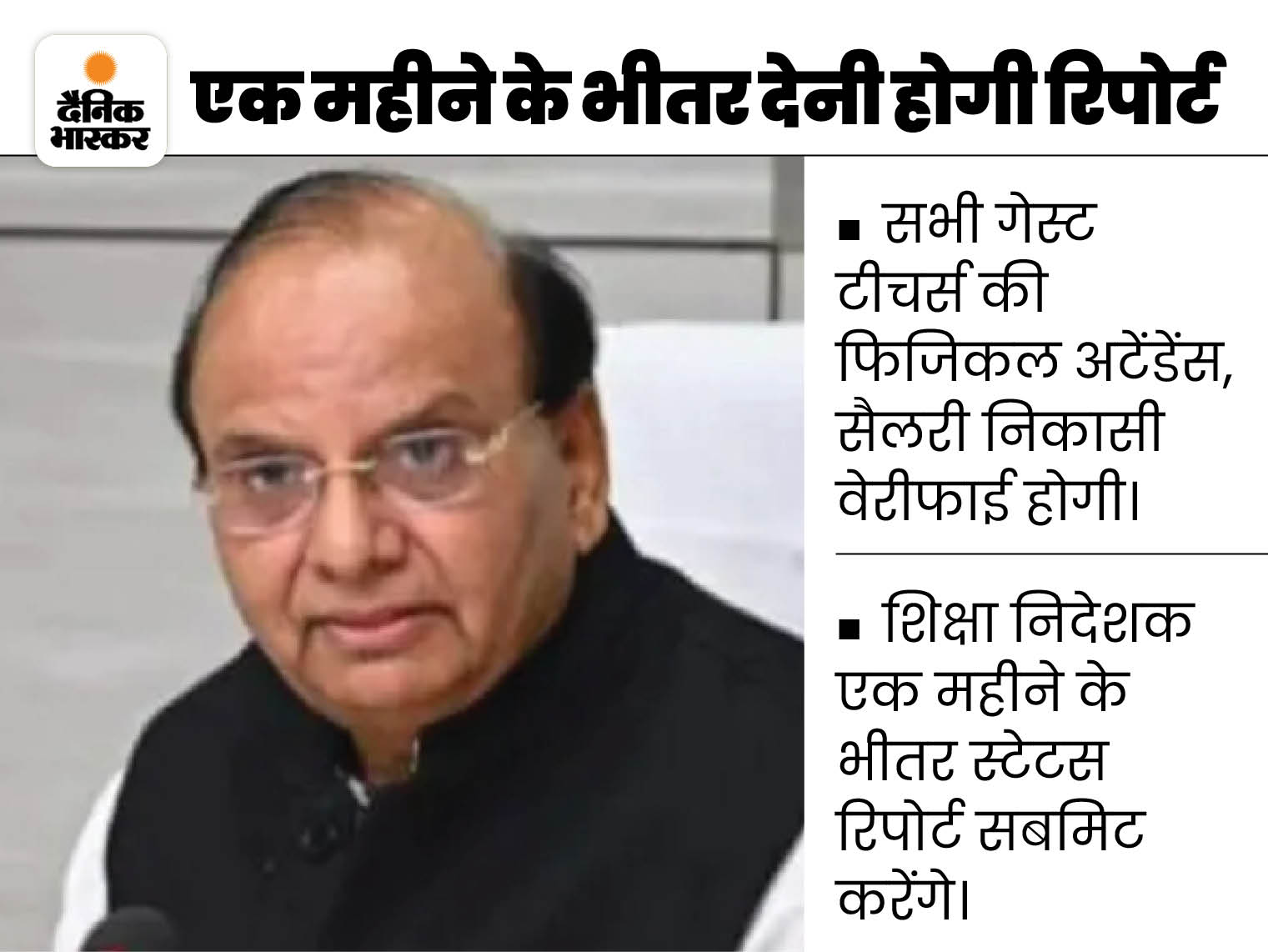 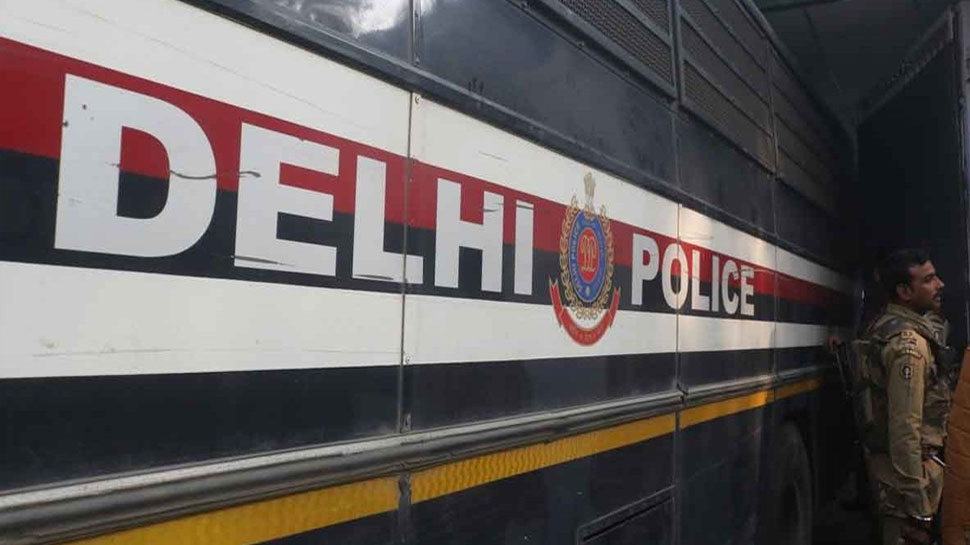 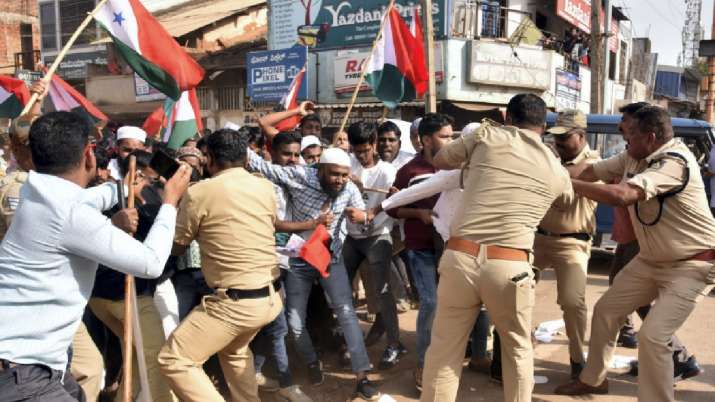 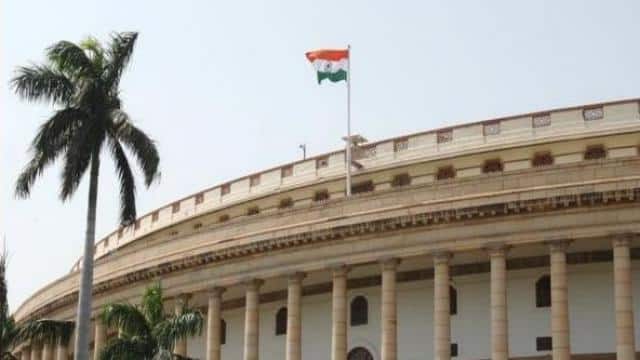 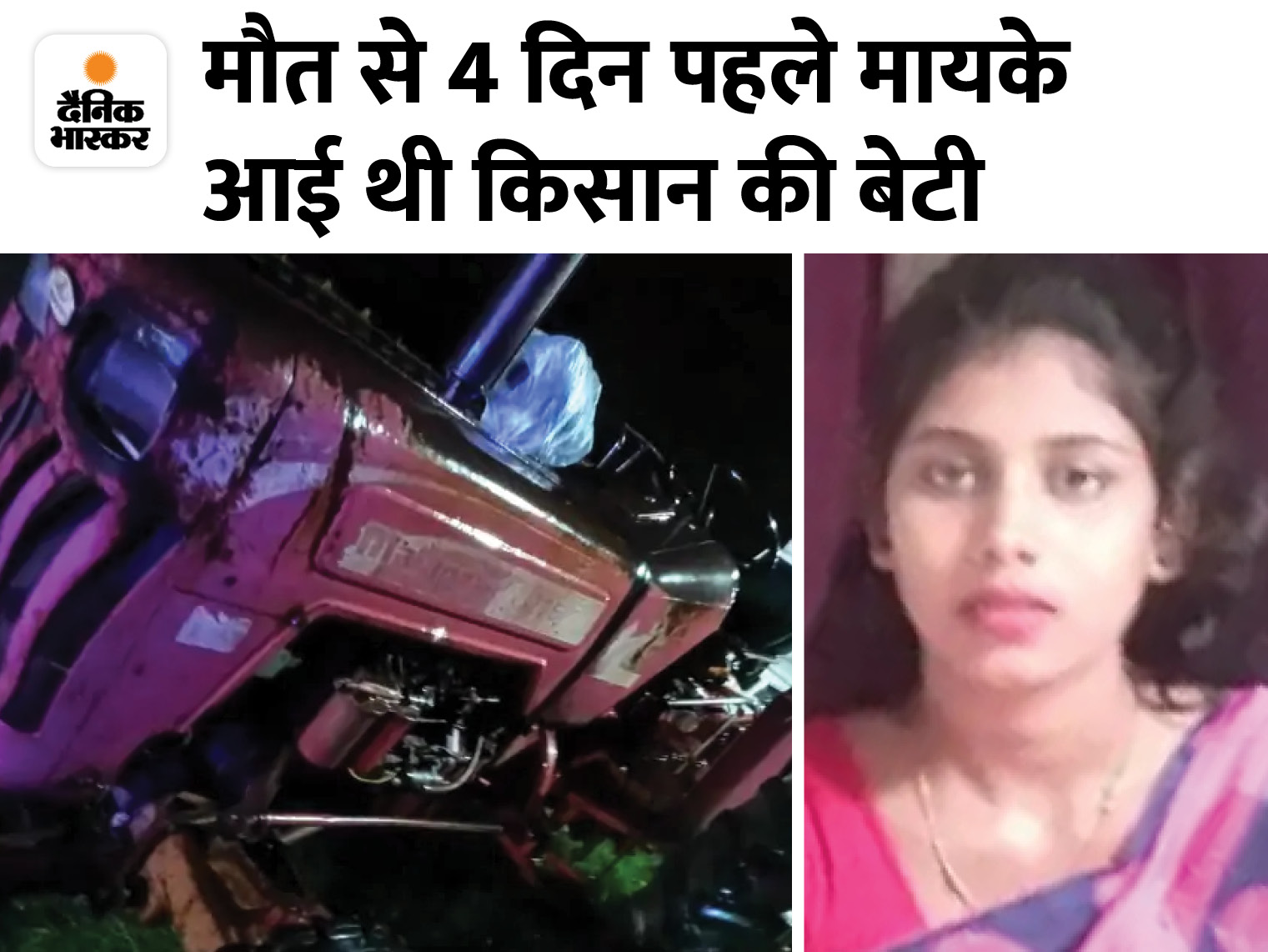 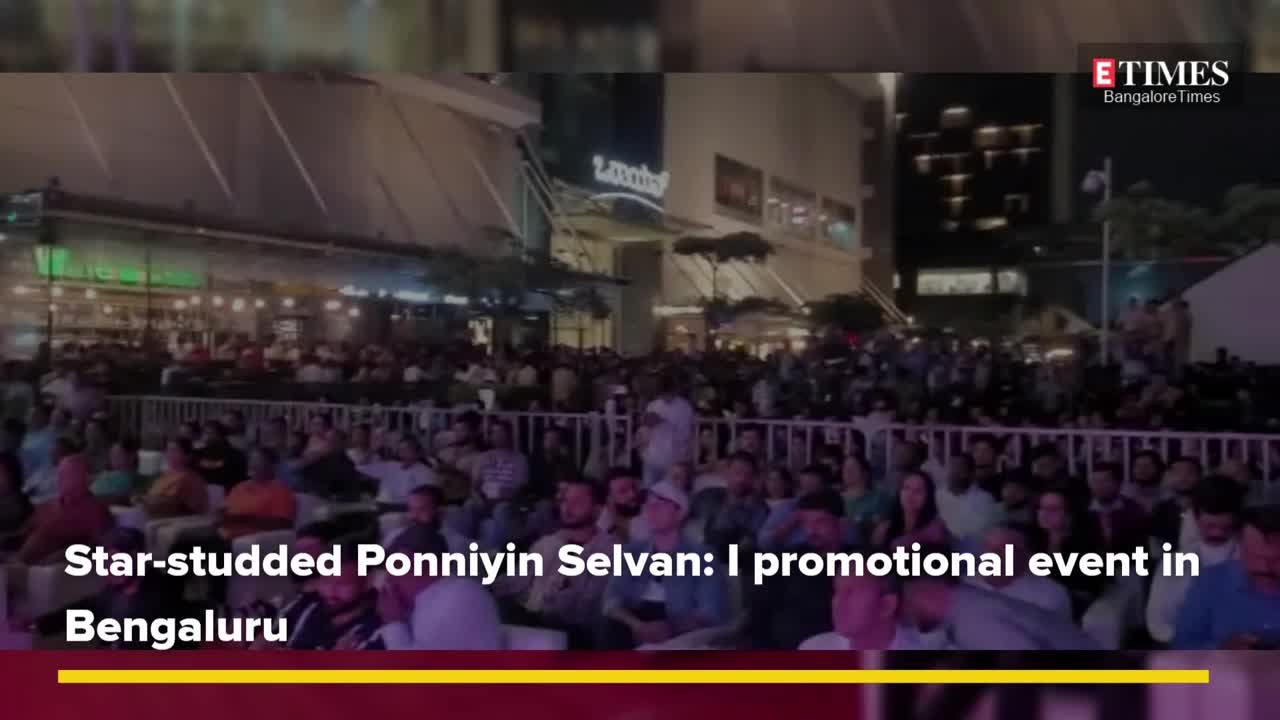 Glimpses from the Ponniyin Selvan: I press meet in Bengaluru | Kannada Movie News – Times of India 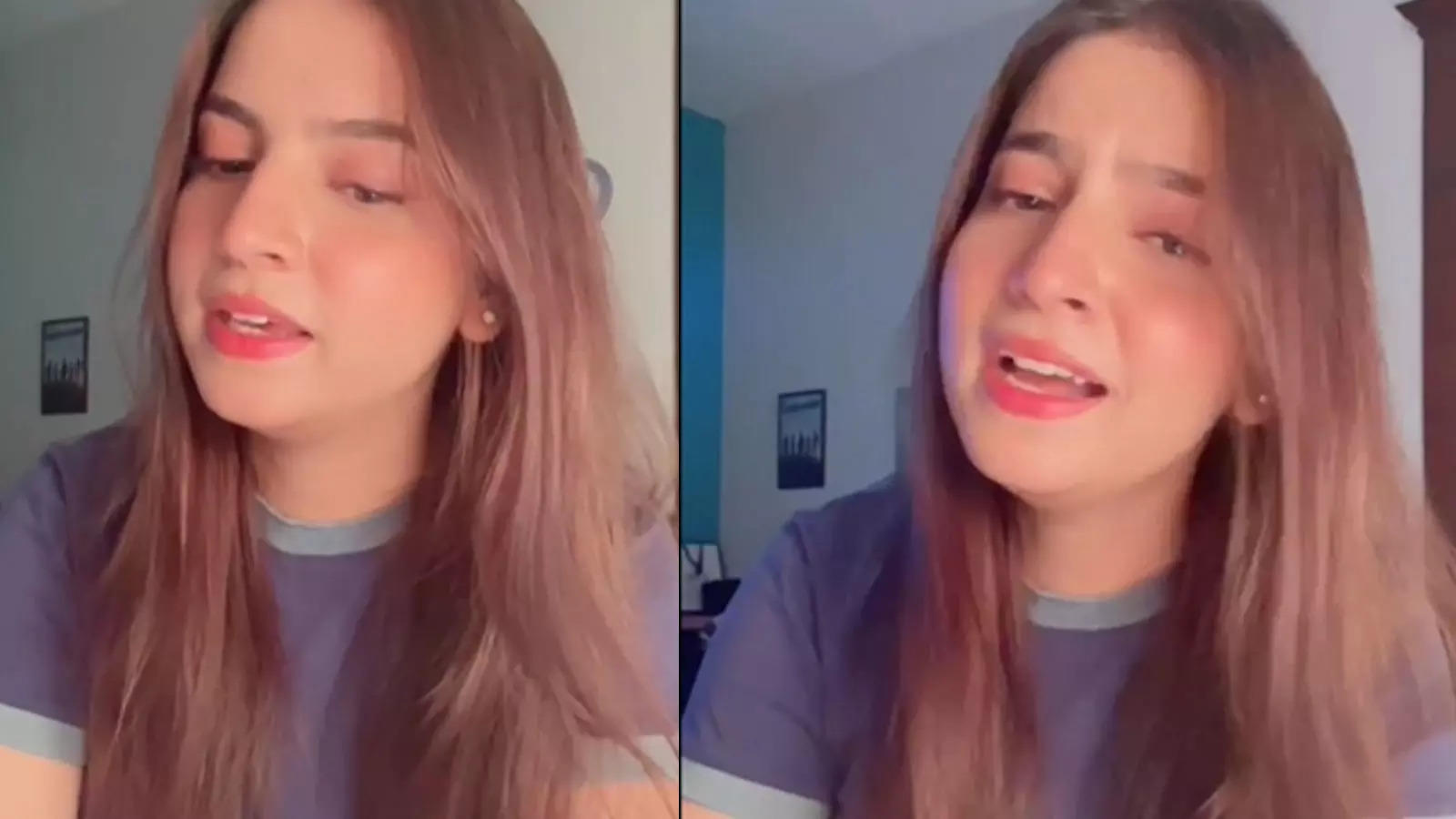 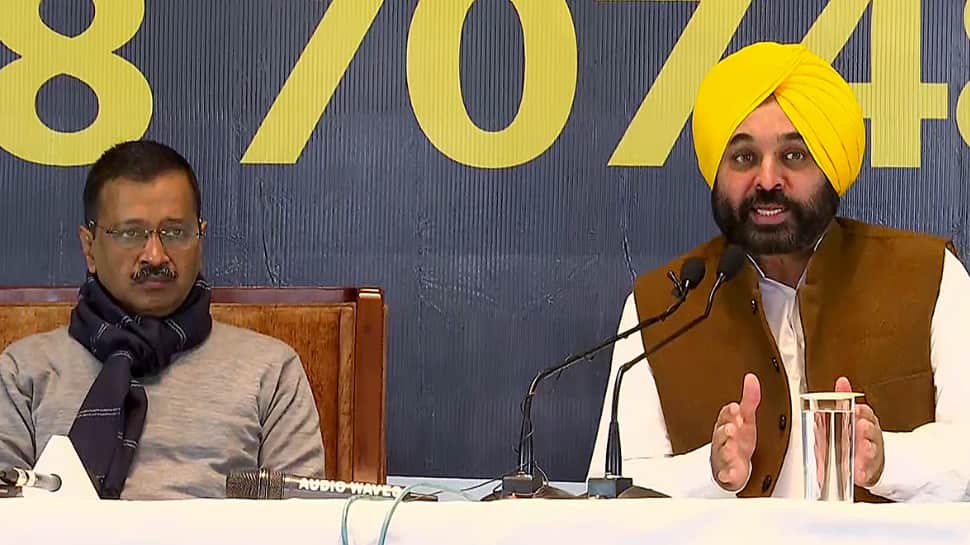