Skip to content
NEW DELHI: As news spread of a letter written to Sonia Gandhi by a group of Congress veterans calling for a “full-time and effective leadership”, a string of leaders countered the dissenters, with many terming the timing of the missive insensitive when the party chief was not well and others saying Rahul Gandhi must end the ambiguity over being party president.
Congress functionaries, including chief ministers Amarinder Singh, Ashok Gehlot, Bhupesh Baghel and V Narayanasamy, came out in support of the Gandhi family on Sunday. “Many who signed have worked with Soniaji. They are aware she is not well. Their action might weaken the party at a time when it should take on the Modi government,” a veteran said.
With arguments on both sides exposing a sharp divide between the ‘loyalists’ and those batting for change, leader of Congress in Lok Sabha Adhir Ranjan Chowdhury, former Karnataka CM Siddaramaiah, former Union ministers Salman Khurshid and Ashwini Kumar, and state unit chiefs D K Sivakumar, Balasaheb Thorat, Kumari Selja, K S Alagiri, Mullapally Ramachandran, Anil Chaudhary and Govind Singh Dotasra released letters and tweets asserting the centrality of the Gandhis to Congress and the need for them to remain in control.
There was also a strong view that the uncertainty over leadership was hurting the party and Rahul must take charge. “I am sure once he understands that the party wants him and this is the need of the hour for the nation as well, he will agree,” Puducherry CM Narayanasamy said.

Amarinder opposed the challenge to Sonia and called the move “ill-timed”. He said the demand to overhaul the party at this critical juncture would be “detrimental to its interests, and the interests of the nation”. “India is currently facing not just external dangers from across the border but also internal threats to its federal structure,” he said, adding that a unified Congress was the only way to protect India and its people.
Chhattisgarh CM Baghel and Gehlot echoed his sentiments. “Sonia Gandhiji should continue to lead the party… She has always taken challenges head on. But if she has made up her mind, I believe Rahul Gandhi should come ahead and be the Congress president,” Gehlot tweeted. Baghel referred to Sonia and Rahul as Congress’s only “rays of hope”.
Chowdhury, in a letter to Sonia, referred to the “leadership crisis” as a “bogey” raised by “those members of the party who have benefited and grown in the Congress due to your encouragement and the faith that you have placed in them”.
The Delhi unit passed a resolution supporting Sonia’s continued presidentship. However, the CWC meeting on Monday, sources said, is still likely to see animated discussion with all eyes on the group of 23 who called for change. Sources said family loyalists may also press for a resolution of the leadership debate at a bigger AICC plenary, which they said was the “only and the right platform” for any details regarding internal party matters to be discussed.
Khurshid suggested Congress give ‘consensus’ a chance, instead of elections, even as he said Rahul enjoyed the “full support and endorsement” of party workers and leaders. 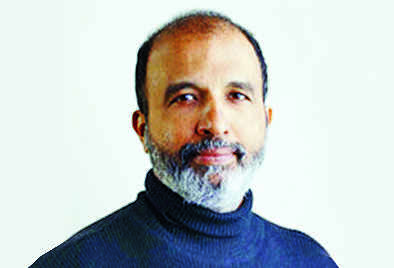 Stop the Left turn. Cong needs to woo the middle class back