The Indian bureaucracy needs to examine its own prejudices that shape ideas of what constitutes a punishment posting. The very notion ought to be put where it belongs, which is the dustbin of history The crime was a serious one: Armed revolt against the rulers. After the failed revolution of 1857 — or the first war of Indian Independence — its symbolic leader, the last Mughal emperor Bahadur Shah Zafar, was punished for his crime with exile to Rangoon. He eventually died there. His fate would be mirrored a few decades later by the last king of Burma, Thibaw Min, who the British exiled to Ratnagiri in Maharashtra after a failed uprising in 1885. Thibaw died in Ratnagiri in 1916.

The idea of exile as punishment has a storied history, around the world. In India, a modern version of this punishment continues to be practised by employers. This is the punishment posting. It is the fate that befalls government officers who fall out of favour of the political powers that are, often for trying to do too honest a job, and occasionally for becoming a liability of some sort. This is what has happened to the Indian Administrative Service (IAS) couple of Sanjeev Khirwar and his wife Rinku Dugga whose otherwise healthy habit of walking the dog in the evenings came into the national limelight as it allegedly involved emptying Delhi’s Thyagaraj Stadium of athletes so that the VIP trio could walk undisturbed. Khirwar has been transferred to Ladakh, while his wife is sent to Arunachal Pradesh. I have not yet come across a report that mentions where the dog is going.

Behind the idea of exile and punishment posting, from British times to now, is the notion that taking a person out of their natural environs and sending them far away is punishment. Implicit in the choice of places of exile, therefore, is a recognition of the fact that the person exiled will be out of the place where they are being sent. The punishment posting of the IAS couple to Ladakh and Arunachal betrays the thinking in Delhi that these are places beyond the comfort zone of mainland Indians. Physical comfort is practically guaranteed for IAS officers of some seniority, as is the case here. Nor do they necessarily become any less powerful outside Delhi. Their salaries actually increase when they get difficult postings. There is a 33 per cent hike. So whatever discomfort they are expected to experience is that of social and cultural exile. Disruption of family life may also occur if the wife and husband have jobs that take them to different places, as is the case here.

Partly as a result of the way the IAS is structured, the punishment posting of officers to distant locations is more of a feature in the service’s Union Territory cadre. Several of the areas covered, like Ladakh and Arunachal Pradesh, helpfully meet the mainland notion of exile. Both of these are beautiful places, and favoured holiday destinations of mainland Indians looking for an experience of the exotic, but the thought of living there is generally beyond the pale for them. Hotels and flights to Ladakh are packed at this time of the year, and there are queues for selfies even at Khardungla Pass at an altitude of 17,800 feet, but Ladakh is still a punishment posting.

Going by the longstanding custom of sending officers on punishment postings to North East India, it was always a bit foreign for the authorities in Delhi. Ladakh evidently occupies a similar location in their mental map. These are places with immense potential for good work for talented and meritorious officers, but the idea was and perhaps remains that only those whom the authorities want to punish should be sent there.

The Indian bureaucracy needs to examine its own prejudices that shape ideas of what constitutes a punishment posting. The very notion ought to be put where it belongs, which is the dustbin of history. As a worldly-wise classmate of mine from the North East remarked, it is likely that IAS officers from Delhi posted elsewhere for punishment simply fly home at government expense at every available opportunity, thus merely increasing the taxpayer’s burden. They will also have additional multiple homes for running which the public exchequer will have to pay. After a year or two, when the Heat

is off, they will comfortably return from their forced holiday in exotic locales, no doubt having taken the opportunity to tour the place extensively at government expense.

Transfers and postings have long been a huge racket. Credible stories of massive sums being paid to ministers and top bureaucrats for “lucrative” postings have circulated for decades. It is perhaps time to also examine the mirror image of the punishment posting, which is the lucrative posting. What makes it lucrative? What is it a reward for? And what exactly is the reward that is being given?

Modern human resources practices have plenty of systems for grading staff at all levels. Technology now allows for all sorts of data to be easily collected and analysed. Finding a transparent system to grade public servants on the basis of their professional performance which the public can see and understand should not be too difficult. The prevalent system is based on seniority and proximity to the political powers of the day. There have been endless calls for reform over the years, but the system suits whoever is in power, with the result that reforms never happen.

The IAS officer, like his or her colonial-era predecessors in British India, remains a political servant, the beneficiary — or victim — of arbitrary political transfers and postings. Perhaps the consolation is prize enough. The public servant may be a fawning courtier to every king but he is still the mai-baap of the ordinary public.

The writer is a journalist and author. His most recent book is ‘The Braided River: A Journey Along the Brahmaputra’, published by HarperCollins in 2021. Views expressed are personal. 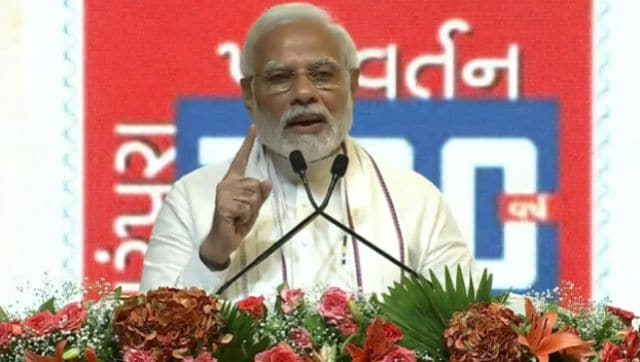