Skip to content
Swati Semwal has been receiving rave reviews for her performance in the recently released series, ‘Akkad Bakkad Rafu Chakkar’. The actress had teamed up with her friend and guide, late Raj Kaushal for the same. In an exclusive interview with ETimes, Swati opened up about the show, working with Raj, his fond memories and more. Excerpts…

How did you come on board for ‘Akkad Bakkad Rafu Chakkar’?
Raj Kaushal and I had worked before in ads and music videos. When he decided to direct a long format, he called me and asked, ‘Mere show mein acting karegi? You will love it. I heard my role and I loved it.

What attracted you to the story?
Radha, the character I played, attracted me to this story. I mean how often we show actresses as mainstream heroes. I got an opportunity to play a hero of my own kingdom in the show. The kind of entry I had on the show! That is what attracted me.

How was it working under Raj Kaushal’s guidance?
He gave me the freedom to create Radha as a character from scratch. He believed in me as an artist and that was his way of dealing with me. Every day was a party while shooting with Raj. He was a ball of energy. He used to start his day with ‘Om Namah Shivay’. 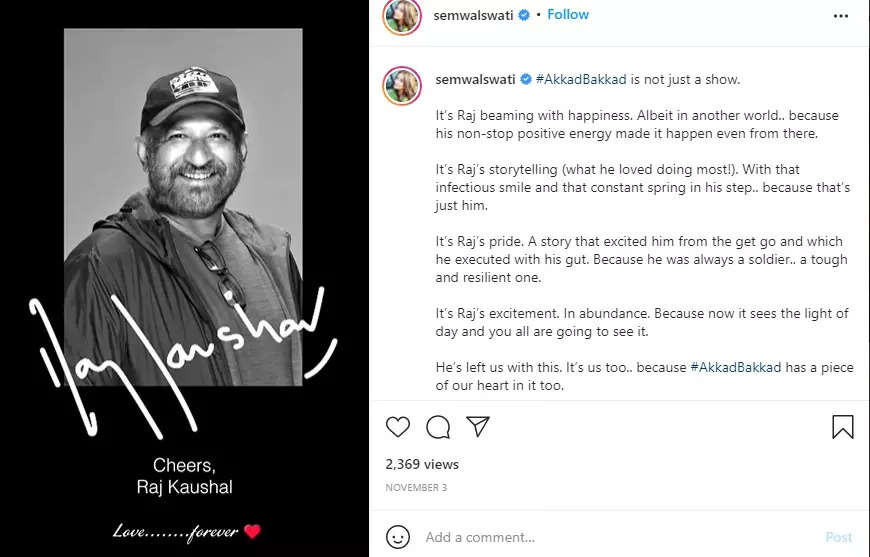 How did you take the news of his sudden demise?
It is a personal loss as he was my friend, guide, and family in Mumbai. I was in shock and disbelief. Thankfully, my mom was in Mumbai at that time so I handled myself. My mother was a big support.

One thing that you will always fondly remember about Raj Kaushal…
I will remember everything about him. When I was an outsider, still aspiring to act someday, Raj showed faith in me. He was my first friend in Mumbai who always assured me that I’ll make it big someday. Sometimes it is very important to hear these motivating words to keep going as it takes time to even get your first break. I would always be thankful to him for having faith in me. 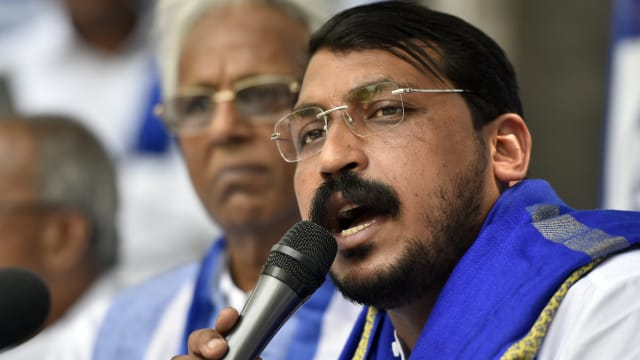