Skip to content
NEW YORK: Stock indexes on Wall Street ended with meager gains Tuesday, as a late-afternoon rally led by technology companies stemmed the market’s losses after an early slump.
The S&P eked out a gain of 0.2% after having been down 2.2% earlier in the day. The Dow Jones Industrial Average lost 0.4%, while the tech-heavy Nasdaq composite closed 1.7% higher.
The weak opening, which followed a long weekend for the Independence Day holiday, came about as the price of US crude oil fell sharply, eventually settling below $100 a barrel for the first time since early May. Bond yields also fell, a sign traders were seeking less risky assets.
Energy, industrial, health care and most of the 11 sectors in the S&P 500 ended in the red, despite the late-day rally in technology stocks, communication firms and retailers and other companies that rely on direct consumer spending.
The volatility reflects growing worries among investors that the economy is slowing under the weight of surging inflation and sharply higher interest rates, pressures that could tip the economy into a recession.
“The market is really taking the growth slowdown as the primary driver today,” said Paul Kim, CEO of Simplified Asset Management. “So you’re seeing a modest sell-off in risk assets, but a significant sell-off in oil, energy, commodities tied to growth, as well as a a modest drop in yields.”
The S&P 500 rose 6.06 points to 3,831.39. The Nasdaq rose 194.39 points to 3,831.39. The Dow Jones Industrial Average remained in the red, losing 129.44 points to 30,967.82.
Small-company stocks also bounced back after a downbeat start. The Russell 2000 rose 13.57 points, or 0.8%, to 1,741.33.
European markets fell broadly.
Stocks remain in a slump that pulled the S&P 500 into a bear market last month, meaning an extended decline of 20% or more from a recent peak. The market’s performance in the first half of 2022 was the worst since the first six months of 1970.
Inflation has been squeezing businesses and consumers throughout the year, but tightened its grip after Russia invaded Ukraine in February. The invasion sent oil prices higher globally and sent gasoline prices in the US to record highs. That prompted a pullback in spending from consumers struggling with higher prices on everything from food to clothing.
Lockdowns in China from rising Covid-19 cases have also made supply chain problems worse.
Central banks have been raising interest rates in an attempt to temper inflation. The Federal Reserve has been aggressive in its shift from historically low interest rates at the height of the pandemic to unusually big rate increases. But, that has raised concerns that the central bank could go too far in raising rates and hitting the brakes too hard on economic growth, which could bring on a recession.
Wall Street has been closely watching the latest economic updates for more clues on how inflation is impacting the economy and whether that could shift the Fed’s position on rate hikes. Wall Street will get a closer look at the employment market on Friday when the the government releases employment data for June.
Investors are also looking ahead to the next round of corporate earnings for a clearer picture of inflation’s impact. Several big companies recently warned that their financial results are being squeezed by inflation, including spice and seasonings maker McCormick.
Technology and communication stocks staged a turnaround and ended higher Tuesday. Apple rose 1.9% and Facebook parent Meta climbed 5.1%. Home Depot rose 1.7%, one of several big retailers that gained ground.
Energy companies had some of the biggest losses as the price of US crude oil slumped 8.2% to $99.50 a barrel. That’s the lowest price since May 10, when it settled at $96.87 a barrel. Exxon Mobil fell 3.1% and Hess dropped 6.8%.
Banks fell along with bond yields. The yield on the 10-year Treasury, which helps set mortgage rates, fell to 2.82% from 2.90% late Friday. Bank of America dropped 1%. 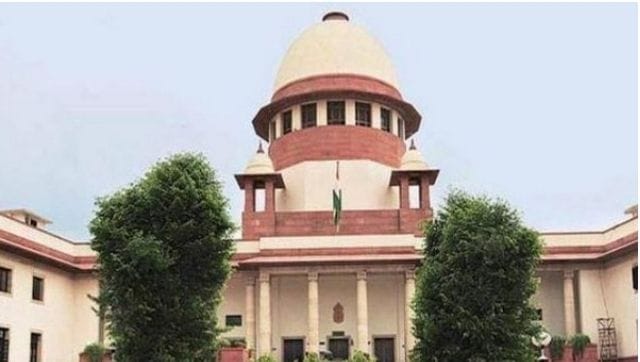